I really have no reasons to complain in life. God has given me the desire of my heart more times I can remember. This interview you’re about to read is an example of that.

Some weeks ago, I could talk via Skype with Sean McDowell, whose last name might be familiar to you because of his dad (Josh McDowell, author of More Than a Carpenter and Evidence That Demands a Verdict). He took the time to answer some questions about faith, doubts, and apologetics.

Apologetics
Branch of Christianity that speaks in defense of our faith
by using reason and evidence.

I was so inspired by him. He truly has a great passion for this generation, which is part of the reason why he has dedicated his life to help us make a good case for Christianity.

It is my prayer that, as you read, you can find new strength to keep fighting the good fight of faith. 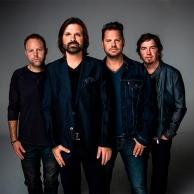 Favorite Cartoon: Anything dealing with superheroes.

1. Natacha Ramos: When we’re going through a season of doubts and unbelief, we might wonder if it’s OK that we keep serving God in that condition. Should we stop until our faith is stronger? Can a person with doubts about God still be in ministry?

Sean McDowell: I wrote a blog some weeks ago and I titled it “I Thank God for My Doubts,” and the reason I said that is because I doubt everything. I question things, it’s my nature.

I have a friend who is a pastor, he has the gift of faith, and it bugged me that he just believes God is going to come through in everything. And I’m always like: “How do you know? Give me evidence,” because I doubt things.

Then, it struck me that, if I didn’t have doubts 1) I wouldn’t be driven to trust God and rely on His grace as much. My doubts drive me to my knees. 2) My doubts actually drive me to research to try to find answers. So, if I didn’t have doubts, I wouldn’t have written massive amount of books in a lot of depth trying to find answers to questions about the reliability of the Bible, how we know Jesus rose from the grave, why God allows evil.

That’s why the Bible never says “doubt is sin.” In Jude it says: “Have mercy on those who doubt.” So, doubt is not the opposite of faith. The key is to express your doubts to people, to get to the heart of them, because sometimes doubts are emotional, some of them are moral, sometimes they are relational, sometimes they are spiritual, sometimes they are intellectual. So, it’s important to be honest with where these doubts are coming from and then to address them properly, but, to answer your question in principle, I don’t think doubts disqualify someone from ministry whatsoever.

2. NR: Could you explain those different types of doubt you mentioned: emotional, spiritual, moral, relational, and intellectual?

SM: People will often say “well, I’m doubting my faith,” “I’m doubting God,” and they tend to think they have intellectual doubts, like “I just don’t have enough evidence for the Bible,” or “I don’t see a miracle in my life,” and sometimes they are. But often times doubts are emotional.

For example, there are huge studies on some of the most influential atheists of all time, and one thing you find they have in common is a dead, distance, or harsh father. So, emotional-relational breakdown creates doubt in their lives, they might think it’s intellectual, but it’s motivated by something different.

Another example could be a moral doubt. I have people telling me straight up: “Yeah, I think God probably exists, the Bible is probably true, but I would much rather sleep around sexually with other people than follow what the Bible says, so I doubt it’s worth following.” Well, for him, a moral issue stood in the way of believing.

You could also have delusional doubts, and that just means that I simply refuse to believe something, I refuse to surrender. So, doubts could be moral, could be emotional, could be relational. They could be a spiritual battle. That’s why through counseling, through prayer, though patience, sometimes getting to the heart of what the doubt is could be important to address it properly.

3. NR: For every piece of evidence Christian can provide, atheists can offer an alternative explanation. How can Christians deal with that?

SM: Especially in our age of Internet where there is endless information, there is always someone you can find that is going to offer a different perspective. That’s why it’s important to realize that when it comes to hold faith confidently, that doesn’t imply there are not objections people can rise against it, even in a court of law, the standard is “beyond a reasonable doubt.” That doesn’t mean there are no objections, that simply means that the evidence is at certain level that it’s enough to convict somebody.

I think it’s the same with the Bible. I think manuscript evidence, archeological evidence, the textual evidence are really very strong and compelling. Does that mean there are no people who doubt it? No. There are questions people can rise against it, but I simply look at it and say: “OK, what’s the evidence for? What’s the evidence against? Where is the weight of the evidence point? And then you just believe what is more reasonable. That’s it.

So, don’t think that believing something with confidence means that objectors will simply say: “I give up. I can’t question it.” That’s never going to happen. The question is: “Is it reasonable?” and “Does it make the most sense?”

4. NR: Let’s say that through research, prayer, and personal experiences, you came into the conclusion that Jesus’ claims are true. You get baptized and you start serving in church. However, one day, while reading your Bible, you suddenly have second thoughts about it. You think: “What if, in spite all the evidence, this is not true?” How should a Christian deal with that?

So, I have those thoughts, but I bring them back and say: “OK, why do I believe what I believe? What’s the basis of my belief?” And then, when I try to focus things down, it helps me catch my mind when I start wandering onto other things that doubts come and plague me with.

Sometimes, you just need to go worship, go experience solitude, go be in fellowship, and go practice and live out your faith, because it’s not just an intellectual game. This is something meant to live out in relationship with other people.

5. NR: I can imagine that over the years you’ve had hundreds and hundreds of conversations with people of all ages, is there a particular conversation that you believe impacted your ministry one way or another?

SM: I don’t know if I would just say one conversation. I would point more to people that have influenced me through multiple conversations. So, I’d say people like J. P. Moreland, who is a philosopher, now he’s colleague of mine at Biola University and Talbot Theological Seminary, but I went night to his class and I’d go talk with him during office hours and just talk through things like: “can Christians believe in evolution?” and “how do we know Jesus rose from the grave?”. He answered a lot of those questions for me.

Second, I had a big mentor in college, not only with apologetics, but just he helped me grow up, think through my faith, my shortcomings, my life questions. He gave me space in my life to wrestle with the tough questions and then grow up.

So, as I look back, it’s not that I had a single conversation that changed everything with either of them. There was a relationship, a mentorship over time with the two of them that had a big influence in my life.

6. NR: Could you explain the importance of apologetics in our churches today? Why should we learn more about the evidence of our faith?

SM: I think that, as Christians, we make two mistakes: one is that we make our Christian faith only intellectual and rational, and just too much about theology per se.

The other mistake is that is just about emotions. That it is a feeling and an experience we have.

Those who make it too rational miss out an experience of knowing God, being filled with the Holy Spirit, and experiencing God in a personal way, because He’s distant and abstract.

On the other side, those who tend to focus on the emotions, I think their faith can go up and their faith can go down, and they will not be as grounded as they can be, and not make as deep of an influence on culture for the cause of Christ.

So, biblically speaking, apologetics is so important for a few reasons:

1) 1 Peter 3:15 says: sanctify Christ as Lord in your hearts, always be ready with an answer given with gentleness and with respect. All Christians, not just pastors and teachers are called to have an answer for the hope that we have. So, biblically we’re commanded to do this.

2) Apologetics give us confidence. When I believe that Jesus rose from the grave, but I also have good historical evidence for it, that gives me confidence to speak to other people.

When I believe that God has revealed Himself in nature, but I understand DNA and the fine-tuning of the laws of physics, I’m able to explain that to somebody in a very much more compelling manner.

When I really thought through why God allows evil and why in fact the existence of evil is an argument for the existence of God, it gives me so much confidence to speak to non-believers. So, if we want a church with confidence and a willingness to engage people and tell them that Christianity really makes sense, then we have to know what we believe and why we believe it.

So, when my emotions are questioning, and I feel like a boat going up and down, I remind myself: “I know that this is true. Here are the reasons why.” It gives me some power over the emotions I’m struggling with.

That’s why, biblically speaking, it’s always theology, apologetics and truth, experience and relationships. We need emotions and we need reason, we need them both together.

There you have it!

I absolutely loved this interview and I’m beyond thankful for the amazing opportunity of sharing it with you.